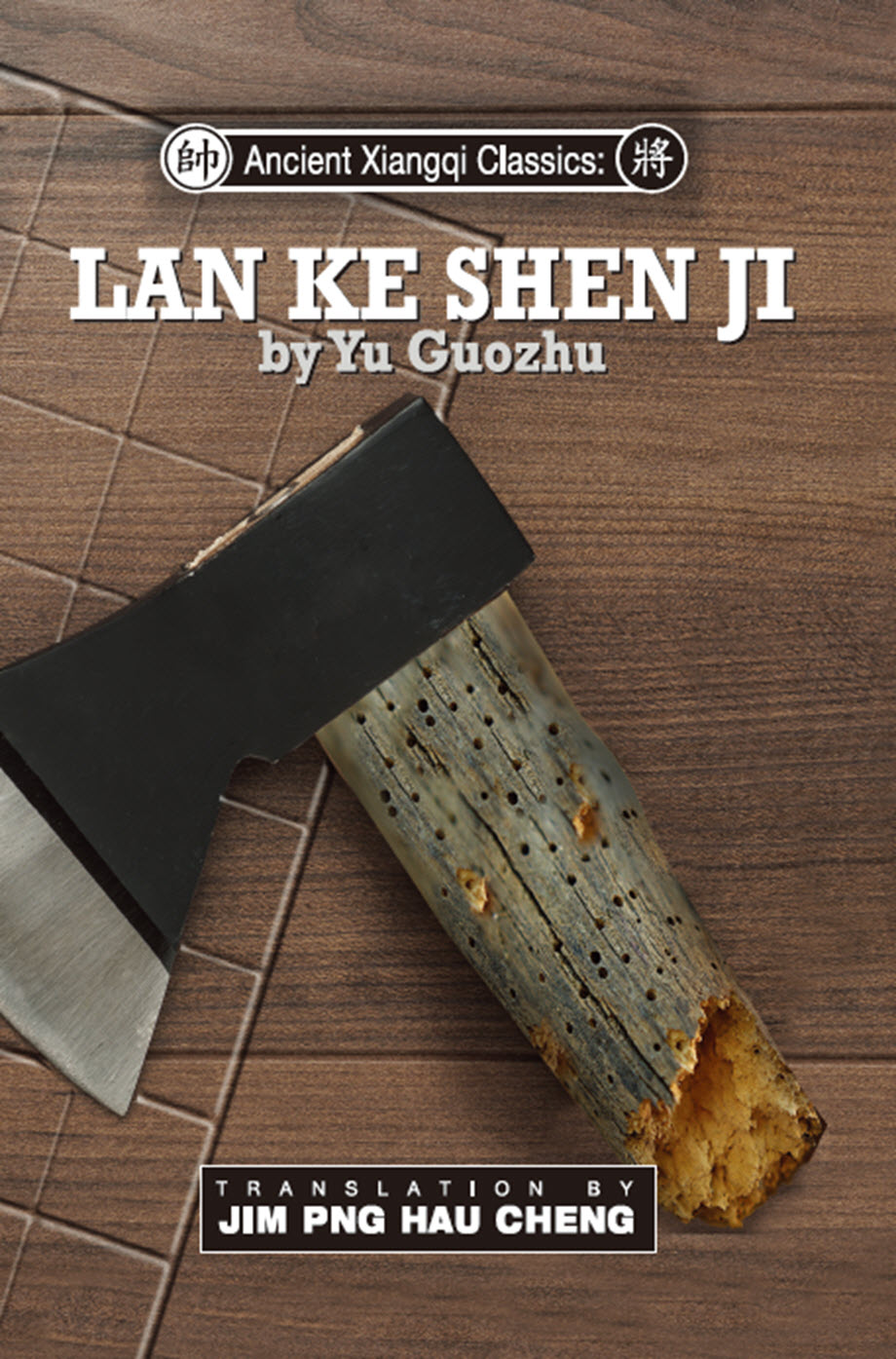 As for the title, the Webmaster had trouble translating the title so in the end, he decided to use the Hanyu Pinyin. If a translation was insisted, an educated translation would be 'The Mythical Tale of the Decomposed Axe' or something along those lines.

Given below is a short introduction to the book and its author.

Lan Ke Shen Ji was published in 1844AD by Yu Guozhu who also called himself the Caveman of Lan Ke (烂柯山人 làn kē shān rén). The book was unique in the sense that it was a collection of puzzles that Yu Guozhu had created in twenty years. Unlike many other manuals of his time that were reprints or modifications of earlier books, Lan Ke Shen Ji was an original creation by Yu. In the original book, there were four volumes which contained a total of 120 problems. All the problems ended with a win for Red.

The title is rather interesting itself. Lan Ke has been used to refer to chess (generic term), be it Weiqi or Xiangqi in China.

About the origins of Lan Ke, the story of Wang Zhi the woodcutter must be mentioned. Given below in a translation by the Webmaster from the book he published:

“In the Mountains of Shi Shi (石室山 shí shì shān), during the Jin Dynasty (晋时266-420AD), there lived a woodcutter called Wang Zhi (王质 wáng zhì). Once, he went into the mountains with his axe to cut wood, where he heard the sounds of children playing and singing. Wang went over and saw two kids playing chess. One of the children playing chess gave Wang a piece of food that resembled a date, and it could quell Wang’s hunger and thirst. Wang ate the food and put his axe on the ground to focus his attention on the game of chess that the children were playing. Mesmerized by the game, Wang forgot about time and did not go home. Finally, when the game ended, one of the children asked Wang, why had he not left? Wang looked up and saw that the handle of his axe had decayed. Unknowingly, a hundred years had passed. When Wang returned to his village, his family had all passed away, and nobody recognized him anymore.”

The original passage is given below:

Wang Zhi was later deified or so it seemed. There were several different versions of the story, and there was also a painting from the ancient times to depict the story of the Wang Zhi and his decayed axe.

As a side note, a picture of a rotten axe was used as the book cover for its symbolism. Unfortunately, Facebook had trouble with the cover of the book at times and refused to include it. Fortunately, the Webmaster appealed and the book was reinstated.

Back to the book.

There were 120 puzzles which were relatively simple compared to other works during Yu Guozhu's time. There were also many inadequacies and flaws that were found in the puzzles. To make things more complicated, Xie Xiaxun decided to modify some of the Yu Guozhu's work and collected these modifications in his Encyclopedia of Xiangqi Manuals. Luckily, the original diagrams could still be found in some hand written versions that were passed down through centuries. There were more modifications by contemporary authors, as could be seen in Yang Mingzhong's Encyclopedia of Chinese Chess Manuals.

How the book will be presented:

As there were so many modifications of the puzzles, the Webmaster has decided to include only the original positions.

Unless specified, there will be ten boards per page. Please click on the links given in the content page below, or use the navigation bar at the bottom of this page.