Content is added very frequently, and there were over 2600 pages (as of June 2020) before the site moved. The Webmaster's mission is to share the basic and finer points of the game. And, Xqinenglish is entirely free!

Chinese Chess or Xiangqi is an ancient game that is deeply embedded in Chinese culture. Millions have played the game across Asia for the past few centuries. It is fast-paced, exciting, easy to learn, and intriguing. Xiangqi is also an indispensable part of the daily lives of many Chinese. There are well over one hundred idioms in Chinese that have their roots in Xiangqi. 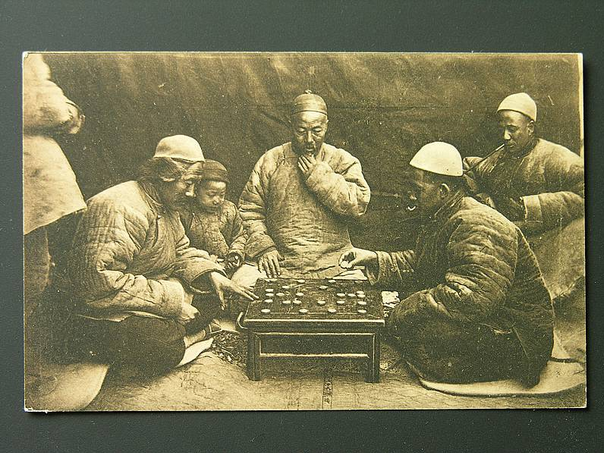 Yet, outside of China or Chinese communities around the world, Xiangqi is relatively unknown. It is also alien to those unfamiliar with the Chinese language and would seem daunting. Perhaps the language barrier is the biggest reason.

The Webmaster sees no reason why the language barrier should deter those interested in the game and Chinese culture from experiencing Xiangqi, learning about the culture of the Chinese, and, most importantly, having fun. This website was created in 2011 to promote the intriguing game of Chinese chess to those who are interested but not familiar with the Chinese language.

Over the years, the Webmaster has added a Facebook Fanpage, a Youtube channel with over 2000 videos (as of Jan 2020), and a Twitter Account (search for "xqinenglish"), or simply click on the buttons on the top right hand side of the page.
Uploads are posted on Facebook and Youtube at least five days per week. Announcements can be seen on the Facebook Fanpage. Links to the various social media can be found on the menu.

After ten years of being the most prominent site on Xiangqi on the internet, the author has decided to re-do the entire site, so that mistakes can be corrected and that the organization of the site would be even more user- friendly. Some of the pages would also be merged so that the visitor would not be lost in the maze of content, which has been made easier with Content Management Systems like Joomla (which is used for this website).

The changes would also reflect the changes and advances of Xiangqi over the past decade. New sections would be added with more focus on culture, history, Xiangqi education for kids et cetera. Many of the articles or videos are still in the process of creation as the entire site is reconstructed.

For visitors new to the site, please go to the "Announcements" section on the menu bar to see what has been uploaded.

One of the biggest issues impeding the spread of Xiangqi to the non-Chinese peoples is the lack of literature, especially in English. Over the years, the Webmaster has written many English books on Xiangqi. Perhaps the most important book would be the world's first-ever Lexicon of Xiangqi that would help tear down the language! Great care and effort has also been put into translating the ancient manuals into English so that they would be preserved for posterity. The 'hidden' cultural and historical implications behind the ancient manuals have also been explained so that the non-Chinese would be able to appreciate the culture of Xiangqi, which would be an integral part of the culture of the Chinese itself. There is also an introduction to early books (though some may be still under construction) that can be found under the Publications button in the menu.

Finally, the Webmaster has decided to address some of the most frequently asked questions in Xiangqi. He has done some research and written some articles (although a few are still in the works). These articles can be found under the relevant sections.

Recommendation: For visitors using a handphone, it would be better to view the site using a horizontal screen. There are many comments in the boards.

If you itch to play the game, you may visit the following link or simply go to

DISCLAIMER for Affiliate Links: This website contains affiliate links, which means that if you click on one of the product links, xqinenglish.com will receive a small commission.