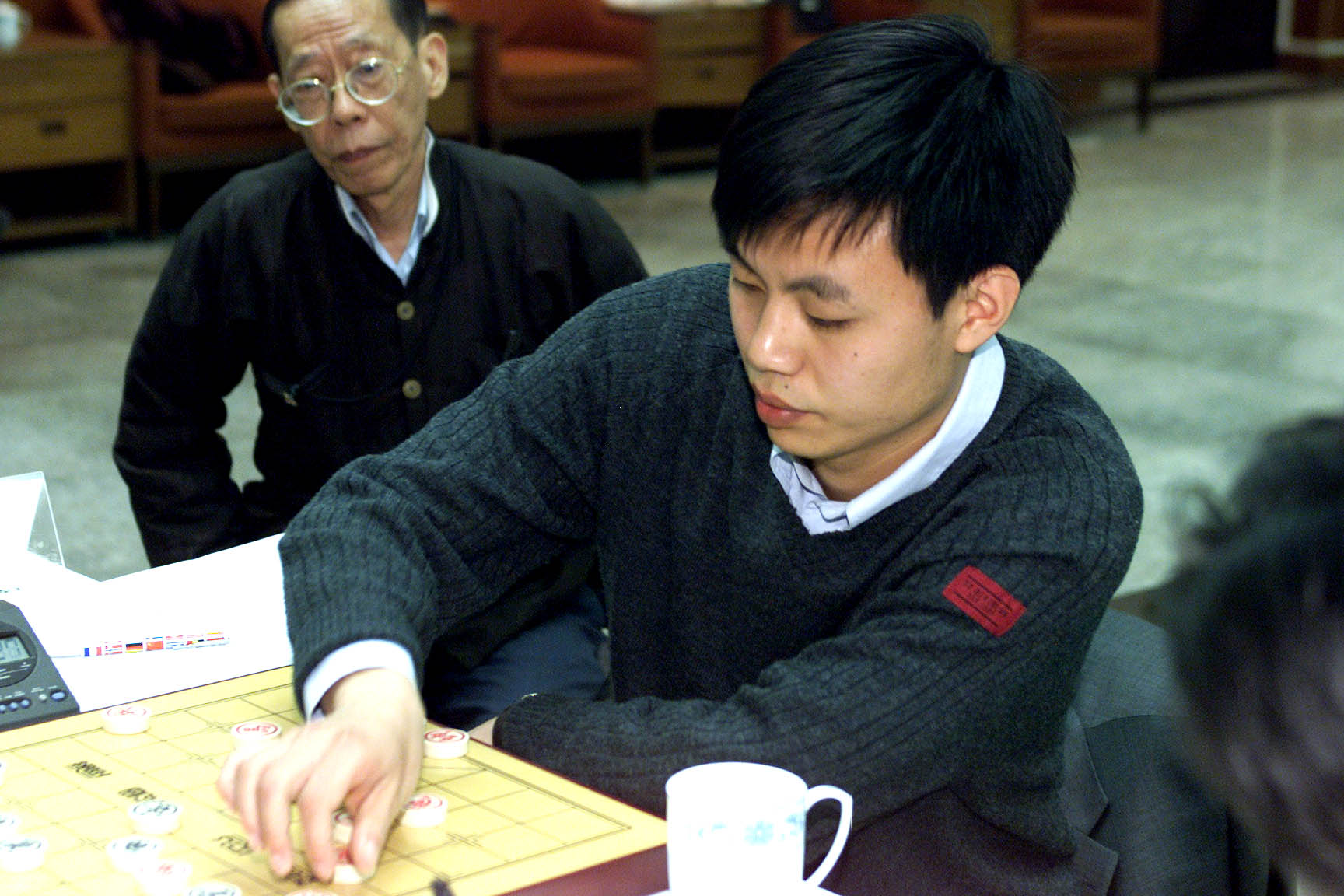 Xu Yinchuan 许银川 was born in August 1975. He was the 2nd child and had 3 other siblings. His parents were both teachers. Xu started learning Xiangqi at the tender age of 4 and his first teacher was his father, who happened to be county champion many times. By 1986, he was youth Xiangqi champion in the Guangdong province games, and he was cordially invited to the Guangdong Xiangqi team in 1987 before being made an official team player of the Guangdong Xiangqi team in 1989. There, he came under the direct tutelage of GM Yang Guanlin and Master Cai Furu.

He stunned the entire Xianqi world in 1993 when he won the Chinese National Singles Championships at a tender age of 18, thus becoming the second youngest player to have won the prestigious championship after Hu Ronghua. Some fans argue that this feat was harder than Hu’s because Xiangqi had already been brought to another level since Hu won the same tournament back in the 1960.

Since then, he has won the same tournament a total of 6 times to date (1993, 1996, 1998, 2001, 2006 and 2009). He has also won the prestigious 5 Rams Cup a total of 5 times but was unlucky enough not to have won it 3 times in a row. His play has been described as very patient, earning the nickname of the young Jiang Taigong. Jiang Taigong is a Taoist deity who was famous for his patience. He once fished with a line only, with no hook or bait attached. When asked why he did so, the deity answered that only the fish who are willing will take the line. This was later made into a Chinese phrase commonly known as 姜太公钓鱼 – 愿者上钩. Xu’s play is just so. Xu is also noted for his hard working attitude and strong character. Throughout his career, he has read many books on Xiangqi and history alike. And he is very humble, despite being ranked number one or two most of the time in the last decade. Many consider him to be the best player in the last 10 years and his achievements support it.

In 2006, a man vs computer match was held in Beijing’s Shangrila hotel. Xu managed 2 draws against the computer. Since then, he has charged ahead winning a multitude of other championships, be it singles or team competitions, in china and in international competitions. The list is too long to be edited. Xu is currently married to Wen Jing 文静, a junior colleague and also female Xiangqi champion. Xu is at the pinnacle of his career but from the looks of things, it seems that he will still be around for a long time.

The following video would show a video of the grandmaster having fun on the Tiantian Xiangqi App. His opponents were level 8 and higher. Theoretically, a level eight player could be a Xiangqi champion of a town or small city.