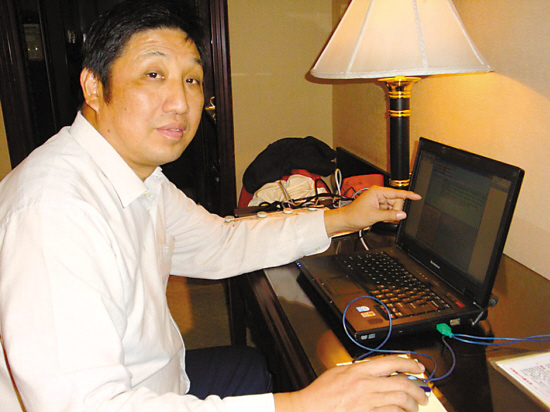 GM Liu Dahua was born in the province of Hubei in 1950. He started to learn Xiangqi when he was very young, under the influence of his brother. By the time he was 13, he was already the youth Xiangqi champion in Hubei province. Liu also came under the tutelage of GM Li Yiting (the 2nd person to have won the Chinese National Xiangqi Singles competition back in the 50’s). His Chinese National Xiangqi Singles Tournament started in 1974, but he would only come in 3rd place until 1978. He improved to runner up in 1979 before dethroning Hu Ronghua in 1980. He won the tournament again in 1981. Liu is known for his aggressive and fierce play, especially in mid-game. His memory is also spectacular, earning him the nickname of the Oriental Computer. 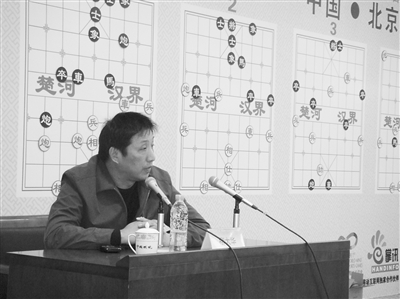 His blind chess record of 1 vs 19 stood for 15 years before recently being broken by GM Jiang Chuan. There was a story about Liu that goes like this. In 1996,GM Bu Fengbo of Dalian and GM Hu Ronghua were having a tournament match whereby Liu was the onlooker. GM Hu made a very brilliant horse move in mid-game where he eventually won. Upon the victory, Liu ran to Hu, congratulating him and told him how impressed he was to with Hu’s move. He proceeded to explain to other onlookers the ingenuity of the move. What astounded everybody that day was that he immediately set up another board similar to the game that was just completed between Bu and Hu. But it was a tournament match between Beijing Master Fu Guangming and Qinghai Province Hu Yipeng. And that game was played in 1966, 30 years earlier. He then went on to explain the similarities between the 2 horse moves by GM Hu Ronghua and Hu Yipeng (not related). Even GM Hu Ronghua was impressed. Liu is still very active in the Xiangqi scene in China. A number of youtube videos have him explaining openings.

The following is a collection of games by Liu Dahua. It was created by Code Monkey King.