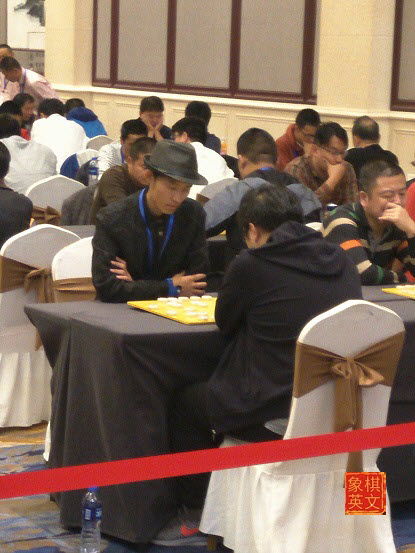 ECCO is the acronym for Encyclopedia of Chinese Chess Opening and is a reflection of contemporary Xiangqi openings. It is the first and only (thus far) system for Xiangqi openings that I have found. It was found at the link below.

ECCO first appeared in 2004. It was created by Huang Chen and his team for their own Xiangqi viewer called Xq Wizard. Their website was www.xqbase.com .

Some of its merits include the ability to categorize the less seen openings like P1+1 or A4+5 while at the same time being able to list the commonly used openings like the central cannon vs screen horse defense with edge cannon for chariot exchange variation.

According to information given on the site, it was initially called ECCO 2004 as there were 8197 games collected and categorized by the authors up till 2004.

To begin with, there are four main orthodox openings for Red:

“Unorthodox” openings like the single horned monster 独角兽, the nine-tailed tortoise 九尾龟 , tandem cannons counter 迭炮 , golden hooked cannons 金钩炮, phoenix cannons counter凤凰炮 also known as the turtle back cannon 龟背炮 etc… were unclassifiable in the past. ECCO has been able to overcome this situation. 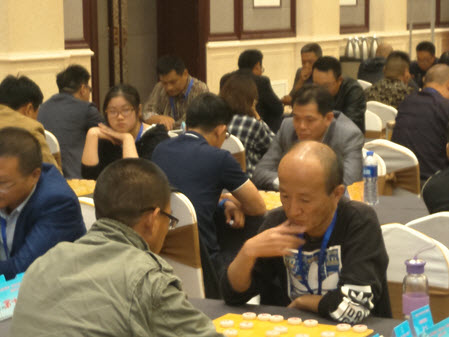 There are basically 5 broad categories to ECCO:

Each opening and counter is basically represented by a capital letter (A-E) followed by a two digit number. For example, D28 would refer to Same Direction Cannons: filed chariot with double headed snake pawn formation vs ranked chariot.

The authors emphasize a merit over ECO (Encyclopedia of Chess Openings) for international chess in that there have been allotted extra digits to make way for possible future “orthodox” variations.

How the ECCO label is formed:

The ECCO label is arrived based on the following criteria.

a) The order of the moves.

Based on the “opening tree” (that is, the algorithm you get when you take into consideration ALL the possible opening moves), most NON-Central Cannon openings will arrive at some common formation. This formation would be then given an ECCO label. For example, A40 ( a variation of the horse opening) would refer to the same formation arrived even though the pawn opening may be played first.

b) The process of making the moves.

The order of first few moves that are played before a predetermined formation is arrived may not influence the final formation. This has been a problem for the authors of the classification system but generally, as long as the moves are played in logical order and can arrive at the same formation, it would be given the same label.

In openings where it is very commonly played, the classification becomes trickier. Basically, the authors have determined which pre-determined formation is reached first and the moves that follow would be designated as its variation.