Xiangqi has three stages: the opening phase, the middle game phase, and the endgame phase. Amongst the three phases, the middle game is perhaps the toughest and most demanding. Indeed, it would possibly be the defining phase of a player's skill.

Although the current form Xiangqi that we play together probably existed no later than the Southern Song Dynasty, which would be about one thousand years from now, Xiangqi theory only began to flourish in the last century. Many attempts to study the game systematically and these attempts eventually led to breaking down a game of Xiangqi into different phases (opening, midgame, and endgame) based on their characteristics. Each phase could then be examined and studied more efficiently.

In this article, the middle game phase would be abbreviated as the midgame, and 'chess' would be used in its generic sense.

The article will be presented as follows: 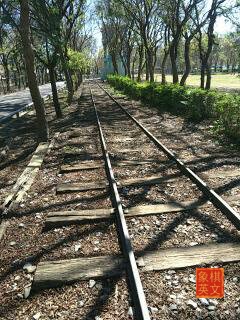 Trying to Define the Middle Game

General Characteristics of the midgame

Further Classification of the Midgame Phase

Three Objectives of the Midgame

Why the Xiangqi Middle Game is the hardest

How to learn the Middle Game

Trying to Define the Middle Game

The midgame is an abstract concept in Xiangqi. It is known as 中局 (zhōng jú) in Chinese. There is no consensus as to how the exact boundaries of the middle game can be defined. In its simplest form, the midgame is defined as the phase of play that comes after the opening phase and ends before the endgame phase begins. (1)

"Before the endgame, the Gods have placed the middle game."
-- Siegbert Tarrasch

An arbitrary value is usually given as about 10-15 plies into the game. However, because some opening systems have been so well developed, some opening lines might take up to 20 plies or even more. To make things more complicated, sometimes a significant blunder by one of the colors would lead to checkmate, and the game would end in the midgame. (2 页 1)

As for the transition into the endgame phase, the midgame phase ends when many pieces have been traded after simplifying the board's situation.

General Characteristics of the midgame

Generally speaking, most Xiangqi authors and experts agree that the midgame phase begins roughly when:

Wang Guilong had similar thoughts in his Dictionary for Xiangqi Terms. According to him, the characteristics of the midgame included: (3 页 26)

Further Classification of the Midgame Phase

Due to the advances of in midgame theory, Xiangqi experts in China have further divided the midgame into three various stages: (2 页 107) 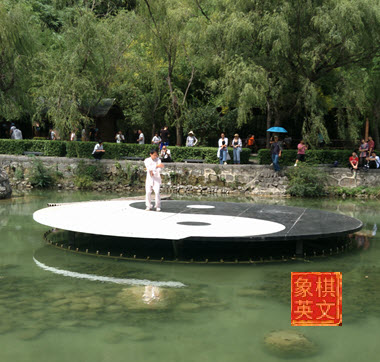 The early midgame phase has been so well studied that sometimes there are certain lines to follow that end in the endgame phase. Beginners are advised to start learning the midgame from these situations and understand the implications behind each move.

To borrow a quote from International Chess Grandmaster Siegbert Tarrasch:

These early midgame situations are usually derived from opening systems whereby Red would choose a slow pace of attack, and Black would counter likewise. Defense would be the key theme. The emphasis would be on who would control the important lines and focal points and who would better coordinate the pieces.

This type of early midgame situation is usually derived from opening systems whereby Red would choose to attack aggressively right from the beginning. In turn, Black would counter aggressively. There is little room for error, and coordination of the attack would be vital to gaining the distinctive advantage. The situation on the board would often be very tense.

This phase of the middle game is where the real test lies. Play is based on the strategy decided earlier, and anything can happen. It is usually the climax of the game where both colors fight and trade material to gain control or even checkmate the enemy. Perhaps the middle midgame phase can be best described with the following quote:

"The middlegame, I repeat, is chess itself, chess with all its possibilities, its attacks, defences, sacrifices, etc."
- Eugene Znosko-Borovsky

Three Objectives of the Midgame

According to Grandmaster Liu Dianzhong, there are three primary objectives in the midgame: (2 页 2)

Everyone needs to know their position, and one's power determines one's position.

The quote by Ray Dalio would best explain the objectives. Only by knowing the position (analyzing the situation) can a person decide on what direction to pursue (strategy) and what the appropriate means (tactics) would be needed to achieve his goals.

Why the Xiangqi Middle Game is the hardest

There are different opening systems or predetermined lines in the opening phase, which have been proven to be viable approaches. These established opening lines are known as opening tabiat. 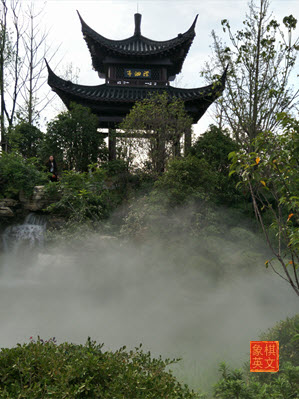 A similar situation would occur for the study of endgames. The presence of endgame tabiat would demonstrate the method of winning in various positions.

Unfortunately, there are no such 'study' materials for the midgame, and it would be impossible to learn the midgame using the same methods of analysis for the opening phase. There is no specific formation to learn in the midgame, and each midgame would have to be discovered on a case-by-case basis.

The reason mentioned above would explain why the midgame is the most challenging phase to master. Comparatively speaking, Xiangqi opening and endgame theory are so much further advanced than the midgame study in Xiangqi. There are opening lines to learn where formations are available, and human-created endgame situations make up the endgame tabiat. There is practically nothing to fall back on in the midgame

The midgame in Xiangqi is very dynamic and prone to significant changes within a short time frame. The tables can be turned with one blunder, and a person could go from a winning situation to a losing one all within the blink of an eye.

So, Xiangqi experts in the past century used an approach that was different from the opening and endgame phases when studying the midgame. It is all about strategy and tactics.

Analysis of the midgame focuses on the balance between material and position, which includes non-material, abstract concepts like space and time. The Chinese term is '势 '(shì).

How to learn the Middle Game

There have been many articles that suggest different ways of improving your midgame. However, the author believes that the advice presented by Grandmaster Liu Dianzhong in his book is the most practical and achievable.

To improve your midgame, Grandmaster Liu Dianzhong suggested that:

Be inspired and see how others, preferably experts, play the same position. Observing the games that the experts play, especially in real-time, would open up a plethora of opportunities. The internet would provide an excellent way to watch matches by the Xiangqi Masters and Grandmasters in real-time.

There are also dozens of Xiangqi channels with recordings of short videos on Xiangqi that are available every day with new material. Unfortunately, most of it is in Chinese, which can deter non-Chinese people from learning the game.

The best way to test your understanding of the midgame knowledge would be to play Xiangqi itself. Only through actual play can you gauge or understand your deficiencies.

The study of opening and endgame tabiat can shorten the time needed to make a move in each of the two different phases. However, mental calculation is the only way to go in the Xiangqi midgame. You can only formulate a plan, anticipate possible counters by the opponent and deal with various situations as best as possible.

That is why the grandmaster stressed the importance of practicing mental calculation by going over problems and solving them. It is also the only way to cultivate a 'killer' instinct and recognize potential checkmates and deliver or avoid them. As with many other books and other Xiangqi grandmasters, the Elegant Pastime Manual was recommended as an excellent place to start.

The grandmaster suggested an interesting recommendation. He advocated a mixture of regular play and rapid chess during regular training sessions. The grandmaster claimed that such routines would force slower players to think faster and more efficiently. The time controls of rapid chess included 5 mins, 10 mins, 15 mins, and 30 mins.

The points mentioned above are but an introduction to the midgame in Xiangqi. They are the foundations for effective learning of the midgame. Try to understand the subtle differences between the midgame phase compared to the other two phases and adjust your thinking as needed. Remember, the midgame phase is the only phase where there are no examples or lines to memorize. You can only proceed by reading the situation accurately, formulate the correct strategy and, postulate the possibilities to the best of your abilities.