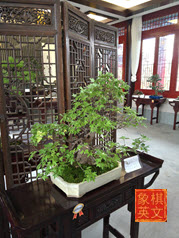 If we were to dissect the game of Xiangqi or International Chess, we would find that it consists of the Opening Phase, the Middle Game Phase, and the Endgame Phase.
The vast majority of the games last till the Endgame Phase. Unless your opponent is too strong or terrible blunders have been made, seldom does the game end in the midgame phase. It rarely ends in the Opening Phase.

The following is a short outline aimed at helping the newcomer have an idea about the Xiangqi Opening Phase. A much deeper introduction would be found in the Openings System itself.

Instead, both colors try to position their pieces in specific formations for attack and defense. Confrontations with the enemy pieces would usually start after the 5th ply for one color.

Definition of the Opening Phase

The consensus for the number of moves in the Opening Phase in Xiangqi is the first 10-15 moves played by one person or 20-30 plies for both colors.

Initiative (先手) can be defined as having the ability to make threats. As Red moves first by default, Red would have the initiative right at the beginning. Hence, for Red, the main goal in the Xiangqi Opening Phase can also refer to the process of increasing the initiative. Conversely, Black's main goal would be to delete Red's initiative and hopefully seize the initiative.

This First Move Initiative is defined as an advantage of 0.5 to 1 moves over Black. Simply put, having the initiative would mean Red would be given the choice to decide to attack or defend.

Hence, Red would get to choose the major opening system, while Black would need to tailor his counter and adjust to Red's attack.

Goals for the Opening System

The goal for Red in the opening is to gain traction or momentum in the Opening Phase such that this advantage can turn into a winning position. There are several different forms of advantages that Red would need to aim for:

As for Black, the main goal in the Opening Phase would be to try to delete Red's First Move Initiative and try to seize the initiative.

A short word about formations 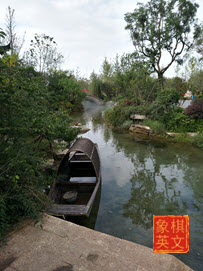 In the Opening Phase, both colors would choose their attacking and defensive formations. It would be similar to doing battle in ancient times, whereby the soldiers were arranged in different formations to attack and defend.

Simply put, a formation would be a collective placement of the pieces such that the synergy of the pieces would be greater than the sum of the individual pieces. A similar concept would be the pawn structure in International Chess. The concept of formations is especially important in the Opening Phase and the Endgame Phase.

This section will be further elaborated in another article. For now, it would be sufficient for the newcomer to know that there are formations in the Opening Phase.

There are many fundamental concepts in the Xiangqi Opening Phase. The Webmaster has found the introduction by Grandmaster Liu Dianzhong to be most informative. (1)

These Fundamental Concepts have been studied in detail in the following article.

For the newcomer, the following list would be an essential guide.

Things NEVER to do:

Different pieces and their roles in the Opening Phase 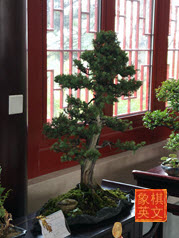 Different pieces have different roles and responsibilities in the Opening Phase.

The King does almost NOTHING in the opening. Unlike International Chess, there is no castling in Xiangqi, and there would not be too much to do. It would not be wise to spend too much time on defense in the opening phase either as any formation that is formed too early would allow the enemy to adjust his attack.

Advisors: Allow for prophylactic defense and to consolidate defensive formations.

Advisors play a defensive role in the opening. However, it is important to move the correct Advisor, or the defensive formation would be weak and fragile. Many games have been lost due to an incorrect advisor being in the wrong position.

The Elephant has a similar role as the Advisor and is used primarily for defense in the Opening Phase. For example, the Elephant Opening consists of moving one of the Elephants to the central file. It would allow the cannons to be linked on the very first move.

The Chariots are placed at the corners of the board in the array. One of the tenets of the Xiangqi Opening Theory is to get the Chariots out and use them to control important lines as fast as possible. When the Chariot is placed at these intersections, they can attack, defend, help other friendly pieces to advance, and discourage the enemy from entering its scope (the number of intersections that the Chariot can control).

There is a Xiangqi saying that if you do not mobilize your Chariot by the third ply, you will lose the game. This concept can be radically different as compared to the opening tenets in International Chess.

Basically, in the Opening Phase, there are two ways to develop the Chariot: as a Filed Chariot (R1=2/R9=8) or Ranked Chariot (R1+1/R9+1). The Chariots would then be moved to control important lines such as the Riverbank Rank, the enemy Pawn Rank, or the Rib Files.

Horses have more of a defensive role in the early stages of the Opening Phase. They are used mainly to protect the central Pawn and consolidate the center of the board. It is hard to get them into enemy territory early in the game because Horses can be blocked, and there are simply too many pieces early in the Opening Phase. Instead, the Chariot is often used to clear the way for the Horses to attack.

The above introduction is very brief and is meant to give the newcomer a rough idea of what the Opening Phase is about in Xiangqi. For more, please refer to the Section on Openings on this website.