This article would introduce the format of how Xiangqi tournaments are organized in China. It would be an introduction to the format that is used and the time controls et cetera. While some of the formats are similar or even the same as in tournaments that are used in International Chess, there are still subtle differences.

The format used in organizing tournaments can affect the way players prepare of it. It would be impossible to go into detail the formats of tournaments, how pairings are made, how the colors are determined, the tie-breaking measures et cetera in this article. For interested readers or potential tournament directors/organizing committees, please refer to the World Xiangqi Rules where recommendations are available.

Alternatively, the earlier editions of the Asian Xiangqi Federations Rulebook may be consulted.

The article will be discussed in the following sections:

While most people play Xiangqi as a leisurely activity, the number of players who play it on a regular basis would still be astounding. Organizing tournaments to cater to the vast majority of Xiangqi players from different walks of lives and backgrounds would be a daunting task.

There are many types of Xiangqi tournaments that are held in China and other parts of the world, in particular, South-east Asia. These tournaments cater to various purposes and also different levels and needs of Xiangqi players. For example, tournaments can be classified as: 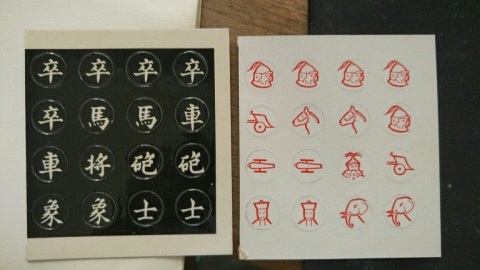 Formats used in organizing the tournaments.

In a nutshell, there are four major formats that are used for the vast majority of Xiangqi competition: (1 页 4-9)

The format of the tournament is decided and announced before registration for the tournament so that the competitors would know that they would be expecting.

This tournament format would usually cater to tournaments whereby the number of players is huge and that the event had to be completed within a relative short time frame. It is usually employed for the masses. It utilizes the knockout format whereby only the winner advances to the next round of competition and the loser would be eliminated.

To better reflect the strength of the players, in some elimination formats, the players are seeded as an extra measure. Sometimes lots are drawn. All these extra stipulations would be announced before hand.

The elimination format is further divided into several formats:

This format would be the simplest and most-straightforward. Usually, lots are drawn by the competitors where by a competition number is assigned to each player. Winners of each round would advance in the bracket until a winner is decided. Theoretically, the number of competitors would be halved for each round of competition.

In the instance of the number of players being an odd number, or that the organizing committee had decided to seed players, special stipulations would be mentioned beforehand and the relevant changes or adaptations would be made.

Usually, the winner and first runner-up is decided in such tournaments.

Round robins are another commonly used format in Xiangqi. They can be further divided into two further formats that are commonly used: the All-play-All Format and the Grouped Round Robin Formats.

Each competitor would play against all other entrants in the tournament. One or two games is played per round and the rankings can be decided. Such competitions would theoretically reflect the strength of the competitors most accurately, but it would take a long time to hold tournaments using this format. That is why it would be suitable for tournaments with a number of participants or teams.

This format is often used in tournaments that are broken down into two or more different stages. In one of the stages, the competitors are divided into different groups according to the number of players and each player/team in the group would play against all other players/teams in the same group until a winner is decided. Seeded players/teams can be added to each group to try to reflect the strength of the players/teams better.

Usually, the Grouped Round Robin Format is used in the early stages of competition whereby winners of the groups are eligible for the next lag of the competition which may use other formats as mentioned in this article. Please also refer to the Mixed Format Systems below. 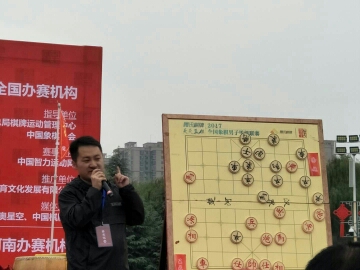 The Swiss System is a popular format that is employed in many tournaments whereby there is time constraint and seeded players. The players/teams would not play all the other players/teams as in a round robin. Instead, the opponent for the next round is decided based on the points accumulated, color, et cetera. The competitors/teams can only meet each other once in the tournament. Unlike other formats where the tournament brackets can be arranged before-hand, the pairings for the next round can only be decided after the previous round had finished. The least number of rounds is recommended to be seven to ensure that the strength of the players can be reflected.

The most common Mixed Format Systems include: